French scientists have studied the seven paintings of Leonardo da Vinci placed in the Louvre museum, Paris, including the famous Mona Lisa painting to analyze painting techniques that have taken the works of the famous This painting is on a masterpiece. This is also the scientists’ efforts to find answers about Mona Lisa’s smile.

Experts at the French Museum of Reconstruction and Research found that the Da Vinci painting used up to 30 layers of color to create the most refined and perfect picture of the painting. And as the researcher saves Philippe Walter, each color layer is less than 40 micrometers thick or half the thickness of a human hair. 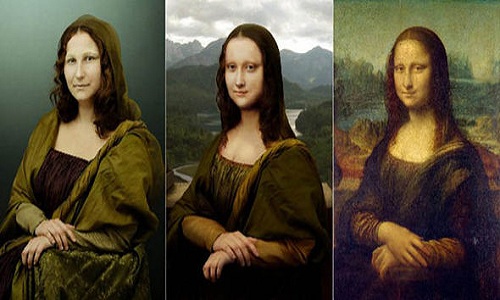 The painting technique is called “sfumato” that Da Vinci uses to create a blur, depth and darkness for his painting. Scientists have tried to study this technique of Da Vinci but encounter limitations are forced to take samples from the pictures.

Currently, French researchers have used a technique that allows its technology not to harm paintings. It is the X-ray fluorescence spectroscopy technique. This technique allows the study of paint colors and its chemical composition without taking samples from the pictures.

X-ray projectors will be brought until the museum closes and conduct research with the drawings. Dr. Walter said: “Now we can find the blend of colors that painters have used in drawing colors. And this is very important to understand the technique”.

The analysis of Da Vinci’s different drawings showed that he always tried to explore and innovate his drawing methods. In the painting “Mona Lisa”, Da Vinci used manganese oxide to polish the picture. But in other paintings, he used copper. Although, more often, he uses a layer of enamel.