Van Gogh, the most influential painter of the 20th century, soon died at the age of 37. During his short life and career, he only sold a single picture for the price.

Let’s admire the artistic masterpieces of the talented but unfortunate person:

Van Gogh finished painting 4 masterpieces of painting sunflowers after only 6 days. He kept his emotions and sanity for those six days with coffee and alcohol. Researchers say that when drawing sunflowers is also when Van Gogh’s mood is the best, it is a rare happy moment in his life. The golden color for Van Gogh is a symbol of the sun, warmth, friendship, of joy and happiness.

In Dutch literature, sunflowers are a symbol of sacrifice, dedication and loyalty. Van Gogh’s series of sunflowers depict flowers from blooming until the end, also a metaphor for the life cycle. “Portrait of Dr. Gachet” is one of the most famous paintings of the Dutch artist – Vincent Van Gogh. Dr. Paul Gachet in the picture is the one who takes care of Van Gogh in his later years.

At first, Van Gogh’s first impression of Dr. Gachet was not good. Writing to his brother, he said: “I think we should not rely on Dr. Gachet. He was probably more abnormal than he was. A blind man leads another blind man, aren’t they both going to fall into ditches?”.

However, in the following letter, Van Gogh said: “You found a real friend at Dr. Gachet, like an older brother, we are alike not only in form but also in spirit”. The intimacy found at Dr. Gachet made Van Gogh perform this melancholy portrait. For Van Gogh, the image of Dr. Gachet in pictures is “grimacing for those who look at this painting”. It is the face that carries the “sadness of the generation”.

“Portrait of Dr. Gachet” is considered to be a portrayal of modern, disruptive, pioneering portraits, when not only characterizing the character but also depicting the inside of the character.

This painting was done when Van Gogh began to recover from a severe depression, this was the time of two months before his death – a mysterious death that was then concluded by suicidal. The posture of the old man in the painting which had impressed Van Gogh many years ago, the painter had done many sketches of lead depicting this posture, expressing sadness and disappointment. 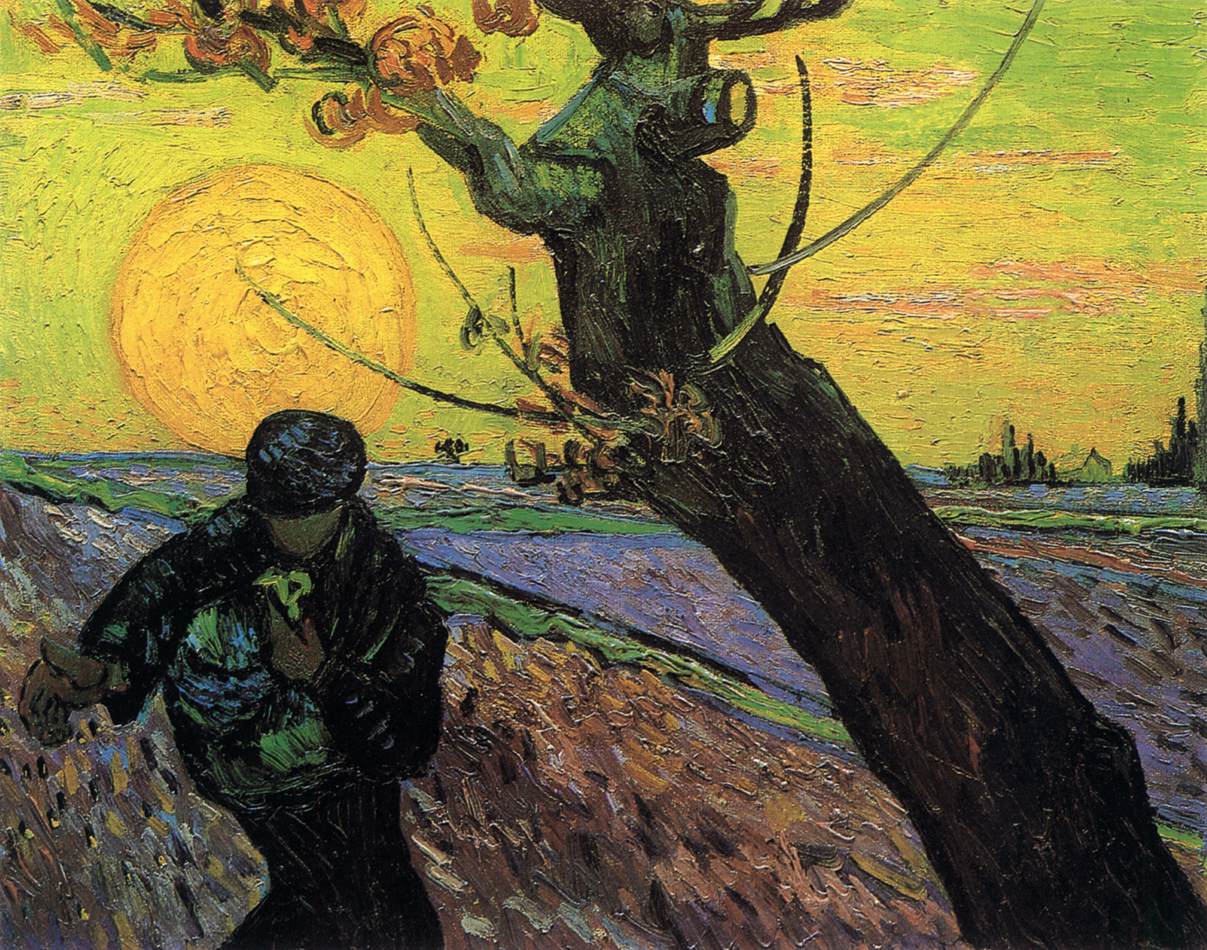 For Van Gogh, despite his great efforts, the paintings still cannot characterize the beauty of the image that he saw in reality: “Besides God and eternity, there are other Beautiful expression like this. He did not know that for a moment of sitting quietly in the corner of the room, he created a precious, beautiful, emotional image, making him seem very close to the eternal house of God.

For this work, Van Gogh has a lot of feelings about religion. Although the main character’s face is hidden, viewers still feel very sad and bitter. That is probably the reason why Van Gogh once named the painting “Everlasting Sides” – every time he sees sorrow, Van Gogh also thinks about God and eternity at the same time.